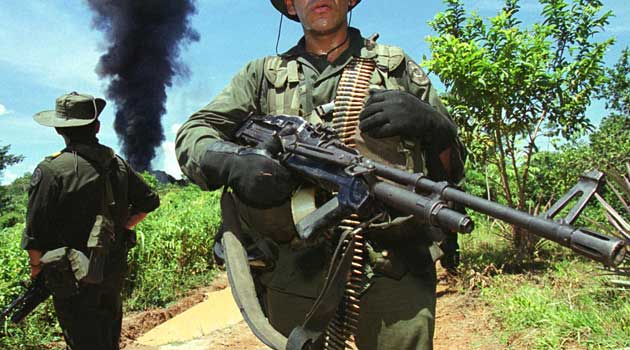 BRAZIL: The April 20 deaths of Veronica Bowers, 35, and her infant daughter Charity, killed when their plane was downed in the Amazon by the Peruvian air force, were deaths foretold. The air force pilots believed that the single-engine Cessna was carrying drugs. It actually carried four missionaries from the Association of Baptists for World Evangelism.

U.S. Shrugged Off Corruption, Abuse in Service of Drug War

Fighting One Half of the Drug War

About this project: U.S. Aid in Latin America

ICIJ’s investigations are supported by readers like you. If you believe journalism can help bring about positive change, join our ICIJ Insiders community now!

JOIN US TODAY
ICIJ is dedicated to ensuring all reports we publish are accurate. If you believe you have found an inaccuracy let us know.